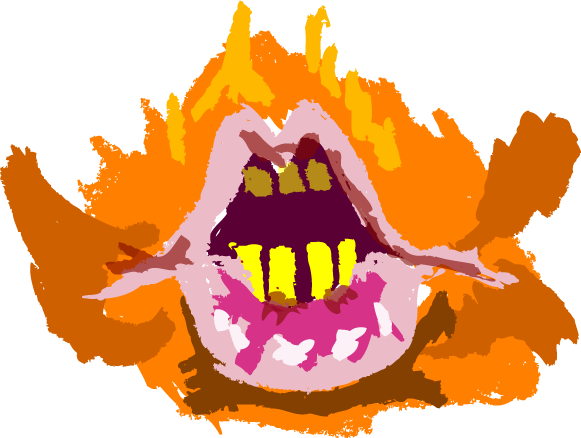 *Watch Frank Finlay's version of Marley's ghost in the best version, with George C. Scott as Scrooge. Finlay's ghost is desperate and despairing, frighteningly frantic to make Scrooge see his errors.
at 7:24 AM No comments: 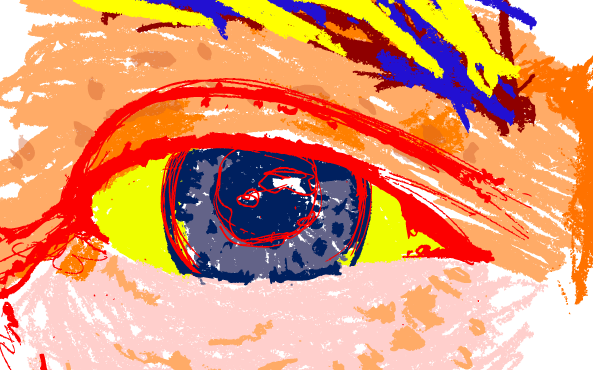 Forget "xenophobia," or "fascism" or "kleptocracy" or "oligarchy" or "emoluments," or any of those candidates for Word of the Year, so strange and tangy with menace, that goosestep across your tongue these days.

The true Word of the Year — and for more years than I may be able to stomach — is "with."

Such a simple word, with — so familiar and modest, almost invisible. A preposition that in almost all cases denotes accompaniment, harmony. Togetherness.

Except when it spurts from the mouth of Donald J. Trump. From Trump's mouth, with is a chilling weapon.

In his use, with means opposition, as in this morsel you may have missed last week, when Trump was in Iowa, frothing up yet another thank-you rally, still running for president.

You will be shocked to learn he was fuming over a new criticism, this time about how he'll supposedly drain the swamp by refilling his cabinet with millionaires and billionaires, crony corporate titans:

"One newspaper criticized me: 'Why can't they have people of modest means?*'" he told his rally crowd. "Because I want people that made a fortune! Because now they're negotiating WITH you!"

Not "negotiating for you," as I read so many — too many — media outlets quoting it, as if they assume Trump made a semantic mistake. Fortune Magazine substituted the word for in brackets, like a Band Aid™® over what he actually said. Or the media used "for" in desperate hope he misspoke, that these henhouse foxes are negotiating for you, on your behalf! With your welfare and interests in mind! That must be what Trump meant!

But that's not what Trump said. Nor what he meant.

He said, "Now they're negotiating with you."

Trump didn't misspeak. He's the greatest businessman in the history of the world, of course — as he'll tell you. He's the zen master of the deal, everybody knows. Negotiating is his thing.

How do I know Trump said what he meant? To quote our own glorious leader, "I know words. I have the best words."

So President-elect Trump is amassing a cabinet of contrarians, who not only seem loathe to run the executive functions for which they have been appointed, but who have been chosen for that reason.

We get, among others,
What aren't fatcats in Trump's stratosphere are retired generals, or presidential hopefuls who stumbled on the campaign trail when Trump tripped them, insulting them as they fell.

It's Eisenhower's nightmare warning of the military-industrial complex, sitting around one table, holding their departments hostage, ready to negotiate with you.

They'll have the butter, and the guns to guard them. What do you have in trade?

Better education? Nah, we're thinking of going private with little accountability. We'll call you if we have a seat available for your kid, but probably not.

Civil rights? What color are you? What gender? Who do you love? By the way, what religion?

Health care? How long can you hold your breath?

Freedom? Stand by. We might need them back. You know, to protect you.

Frankly, you don't have much to interest Trump in a trade.

Down continues to be up, and right wrong.

I finally figured out what the Trump phenomenon is all about: To use vulgarity he'd recognize, Donald Trump is pissing on our backs and calling it rain.

All our backs. Whether you're for him, against him, don't know, that's rain.

His minions spend their waking hours in spin, telling us so.

"Yes, that's rain!" says Vice President-elect Mike Pence, when he dismisses Trump's ridiculous statement that millions of people voted illegally, "I think one of the things that's refreshing about our President-elect, and it's one of the reasons why I think he made such an incredible connection with people all across this country, is because he tells you what's in his mind, tells you what's on his heart." Even it's untrue.

"It's raining!" says Trump surrogate Scottie Nell Hughes, when she declares, "There's no such thing, unfortunately, anymore of (sic) facts. And so Mr. Trump's tweet, amongst a certain crowd — a large part of the population — are truth. When he says that millions of people illegally voted, he has some — amongst him and his supporters, and people believe they have facts to back that up. Those that do not like Mr. Trump, they say that those are lies and that there are no facts to back it up."

Whatever Donald Trump says, goes. What he believes is true.

I'm not so innocent as to believe we don't already live among lies, elaborately made and disguised, around for so long we forget they're there. It's how we get by. It's how banking and finance works. It's how the haves have, how we fight wars, how we ignore atrocities at home and abroad, and still get to call ourselves exceptional.

But now we've entered the Age of Blatancy, where even the hope of a better way, based on facts, becomes mere mist in this thing Trump calls rain.

His cabinet, this would-be wrecking crew, these hostage negotiators. They're ready to negotiate with you.

Don't worry, Donald Trump is with you. As long as you're with him.

*When Trump assumes the role of his critics, do you notice how he leans back, tucks in his chin, purses his lips and lowers the register of his voice, very much in the way Alec Baldwin impersonates Trump on Saturday Night Live. Maybe Baldwin should sue.
at 8:00 AM No comments: